Today I show you a part of my daily work with voices: teaching vocal technique, which means balancing, or re-balancing, a voice in its entire range, from the lowest to the highest. Together with teaching interpretation, style and building careers, it is that part of my job that gives me great satisfaction because it gives hope back to those who want to sing but are afraid to do it.
These are the vocal cords of a professional singer who I trained a few times live and the rest on Skype for about 3 months. It had come with a swelling due to several months of vocal abuse (which you see in the first photo), the second shows its strings as they are today, after 4 months, the training with me and several concerts already done. Perfect.
She told me that she had had my name from another professional singer from her country who had trained with me long ago, who had visited, showed me the photos and videos and asked me if I could help her because she was afraid to sing now . The first thing I did, and that I always recommend to everyone, since I am not a doctor, was to seek the opinion of one of my reference speech therapists, and while I had already set up a checkup on my strings, I showed him videos and photos, and he confirmed what I thought but of which I could not be sure.
At that point I told her that we could try to work on it, and we gave ourselves 2 months to see if it worked, otherwise I would have sent her to a trusted speech therapist. The important thing was that she literally did everything I asked her to do, technical exercises to mix in the passages, general precautions on speech and food. And she did so, and two days ago she wrote me happy after having made the last visit showing her perfectly smooth vocal cords. The problem has been solved.
For several years I have been training damaged voices, and today I can say that to solve situations like this, those who think it is only a matter of teaching an effective vocal technique are wrong. There is much more, and as far as I’m concerned, a very important part is to understand the person you’re dealing with, and not just his voice.
This is why I created and opened WeSING, the training program for singing teachers 3 years ago: to teach the art of teaching, which is not just knowing how to do some exercises correctly in the passage.
Clearly, such a thing cannot be done right away, years of training and practice in the field are required, and if in some cases not as serious as this, a good singing teacher who knows what he’s doing may be enough, in others  he needs a speech therapist, in others still, surgery is unfortunately inevitable. Fortunately, this was not the case.
That is why I am also drawing up a team of trusted voice professionals (therapists and doctors) for WeSING with whom all the WeSING certified teachers will interact over the years. “4 ears is better than one”!
Now Genoveffa (invented name, she asked me for some privacy) is on tour in her country with the live band, and since then she has always kept constant the routine of performing the exercises that I had given her and the tricks in the songs , in addition to suggestions on how to speak and on eating, and this is the best result we could have achieved.
It is perhaps one of the most beautiful things in my job: to restore hope to those who had lost it.
PS: a small anecdote. Once he had set a lesson on Skype, but she could not go home in time because there had been a blizzard in his country and the streets were all blocked. Instead of canceling the lesson, he parked and took the lesson in the car with her cell phone (she had an excellent connection), with the air conditioning on.
When you say “will is everything”. 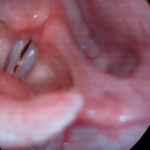 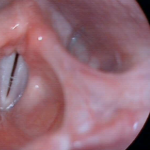