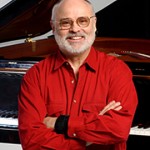 “I want them to know how excited I am about Michele Fischietti.

Not only does he know and know how to do all the things he teaches vocally, but he is a superb pianist and, would you believe it? It’s not his instrument … his instrument is the guitar!
It is a true rarity, because not only can he teach vocal technique, but he can teach style, and style is singing by feeling, not by notes. I wish him all the luck in the world because he has one of the best singing studios in Italy, the best I’ve seen so far.” 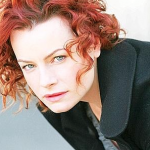 Professional. Available. Measured. Overwhelming in opening roads never traced. I could say “what (I) was missing”. In a path of growth it is essential to meet him, I tell you. And I wish to continue growing! Michele thanks for your wonderful sessions about singing and ‘beyond’!

In your sessions there is everything I need.” 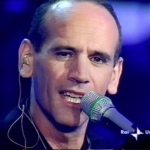 “It was a rainy day … I was looking forward to meeting a gentleman for a vocal technique lesson … I was at Cet di Mogol with everyone else in the Sanremo bandwagon in 2004. So my turn came and I met this gentleman who he received me with a beautiful smile although he was feeling tired because of the previous lessons. For a strange alchemy we felt we immediately shared the same musical ideas … I immediately approached a vocalization with arpeggio notes of the major triad that extended to two octaves. Everything flowed smoothly and the notes came out with surprising naturalness … I realized that that lesson was turning into a very healthy dose of confidence and self-esteem, just at a time when I really had
need. I deduce that a teacher must not only enter the technical aspects but enter your personality on tiptoe and with that intuition that only those with a great soul can do. For this I thank Michele Fischietti so much for his competence and sensitivity shown me in those days and that still today is a reason for great positivity.” 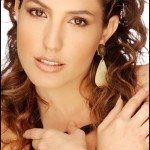 “I met Michele during the auditions for “Beauty and the Beast” because the famous casting director Chiara Cattaneo advised me above all to better develop my mix which, thank God, basically I already had, but that I had to improve because after a certain note I could no longer go on without lifting the larynx and without squeezing the throat. So, let’s say that it’s been very useful especially for the song “Everything has changed in me” where this was very important, because it was one of the two important songs to pass the audition of Belle. Of course I passed the audition (!) also thanks to these lessons. Another thing that I would like to say about Michele is that he is very attentive, in addition to technique, to interpretation, and I must say that there are not many teachers that I have met in my path who are so sensitive to interpretation, and that give weight not only to notes but also to words. This is another feature of Michele.” 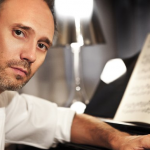 “Very few people in Italy have the technical and artistic competence to be able to teach the best techniques for a total and precise use of their voice and expressiveness.

Michele is one of these very few. Maybe the best.” 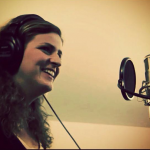 “When I went to Michele for the first time, I had two nodular edemas, one for each vocal cords.
My voice was airy, tired, when I sang I could not keep a low volume because otherwise only air and no voice came out, I could not use the “colors” and shades that I wanted because it was already so much to maintain the intonation, and however on certain notes (the highest) screaming was the only way to get the voice out.

Beyond the physical problem of my cords, I also had the wrong technique.

I didn’t want to have surgery because I was afraid even if the speech therapist had guaranteed me that it was my only chance to recover because those nodules would not go away with a simple rest or with a change of technique.

So Michele, while confirming that the intervention was in this case the only solution, decided to start working on my voice, despite my disastrous vocal cords, to begin resetting my wrong approach, telling me that after the intervention my voice would have been ready to sing, because what I would have been able to do with the exercises in the conditions in which I was, would have come in handy when my cords would have been perfectly smooth. It completely reset my way of singing, to the point that I still managed to sing even in those conditions, making much less effort and managing to keep intonation and, above all to stop screaming.

After a year with him, also encouraged by the good results obtained, the desire to sing had returned stronger than before and with her also came the courage to face the intervention because I understood that with Michele’s method I would achieve the results that I had always wanted.

Result: after the intervention and the cycle of speech therapy, the work with Michele was quick and easy: I applied all the teachings he had given me when my voice was bad and my voice was reset, clean , I managed the volumes, and all without air!”